Get Directions Get A Free Quote 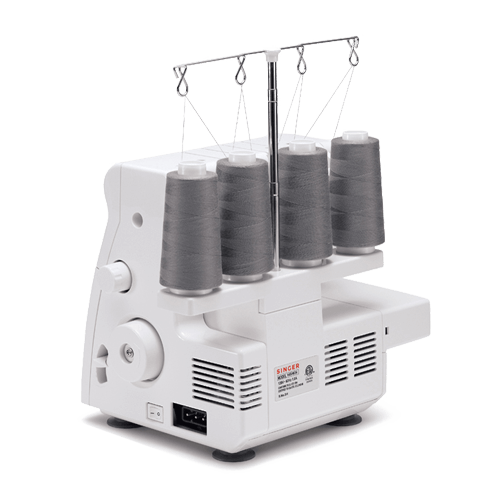 Don’t trust just anyone to service your Sewing Machine – trust the authorized and insured professionals at Centennial Inc. to take care of you. We repair most makes and models Sewing Machine. We sell the ones that we rarely see for repair! We believe that this is why we’ve been able to be successful as a small business in a world where the “big box” stores have been dominating the marketplace with their high-volume, low price, no customer service strategies. Even tailors around Centennial Repair shop can get their sewing machines repaired faster and better.1951 Singer Featherweight Sewing Machine

A sewing machine is a machine used to stitch fabric and other materials together with thread. Sewing machines were invented during the first Industrial Revolution to decrease the amount of manual sewing work performed in clothing companies. Since the invention of the first working sewing machine, generally considered to have been the work of Englishman Thomas Saint in 1790, the sewing machine has vastly improved the efficiency and productivity of the clothing industry.

The fabric shifting mechanism may be a workguide or may be pattern-controlled (e.g., jacquard type). Some machines can create embroidery-type stitches. Some have a work holder frame. Some have a workfeeder that can move along a curved path, while others have a workfeeder with a work clamp. Needle guards, safety devices to prevent accidental needle-stick injuries, are often found on modern sewing machines.
In 1790 English inventor Thomas Saint was the first to patent a design for a sewing machine but he did not advertise his invention. It was meant for leather and canvas. It is likely that Saint had a working model but there is no evidence of one; he was a skilled cabinet maker and included many practically functional features: an overhanging arm, a feed mechanism (adequate for short lengths of leather), a vertical needle bar, and a looper. (In 1874 a sewing machine manufacturer, William Newton Wilson, found Saint’s drawings in the London Patent Office, made adjustments to the looper, and built a working machine, currently owned by the London Science Museum.)

Our objective is to provide you with a boutique experience and to help you find the best rated and highest quality vacuums and household products at the best price.

Connect with us on social media!